The world is changing. This summer’s Black Lives Matter protests have shown us that we still have a long ways to go in achieving equality. Even in interracial dating we see instances of discrimination and often, ignorance. But fear may be the biggest driver of obstruction in the mixed race dating.

In dating, most of us would prefer to avoid considering race. Unfortunately, it’s nearly impossible in today’s divisive world. Not even romance, love, or sex/hookups are safe. As an adult online dating site, we assure you, race influences decisions on many fronts.

So while an imposition, mixed race dating stress remains a reality.

When we hear someone say “date your own,” we understand it to be racist. So we don’t hear it that much. That said, the concept is more often applied in the background of our dating actions.

One of the biggest reasons singles turn to interracial dating site, Black Fuckbook is because of anonymity. Let’s make a quick point. Most adult dating members on any site anywhere are there, at least in part, for discretion-sake. There are numerous reasons to desire discretion, such as not wanting friends and family to know your freaky side. Your dark secret of exploring your sexuality through random hookups remains locked up, key tossed, when you use discreet adult dating.

But when it comes to gay dating, Trans dating, or interracial dating, the discretion aspect envelopes a deeper crisis: our family and friend’s attitude towards our preference. When you desire a hookup or romance with the diverse races, sometimes family and friends shun you. So, you tend to conceal it. And what better way to conceal your hookup activity than by using an adult dating site.

Why Black Lives Matter and Hookup Culture Sync Up 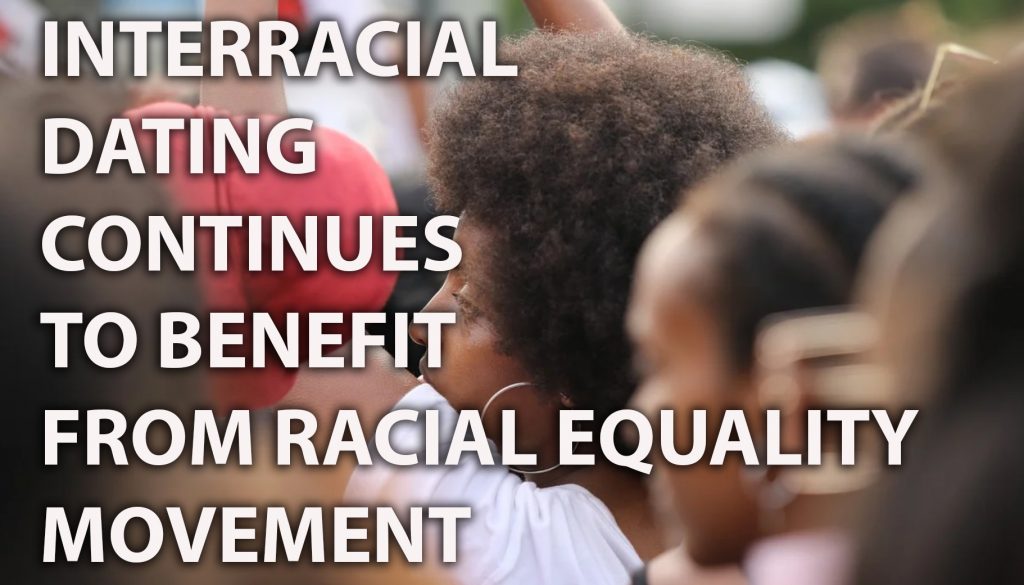 This summer, Black Lives Matter raced to the forefront of every media outlet in the world. In most cases, journalist embraced the movement. In other less prominent cases, the story was not so kind. But in any case, it was impossible to deny the popularity of an equal rights movement.

Beyond that, those with desires to have more open dating options began exploring their needs and wants. In other words, mixed race dating statistics began to trend up (it already was, but now more-so than before).

Protests brazenly taking over streets in the United States filled out TVs, laptops, and smartphones. It was an unavoidable conversation. And it’s now inspiring many singles to ditch their fears over what racist family or friends may think about their choices.

Interracial Dating Will Continue To Grow

As hearts continue to open and change, a more compassionate world lies ahead. Interracial dating sites are likely to continue to trend north. That’s of course, a great thing for all of us no matter what our hookup or romantic preferences are.

As race equality awareness continues it’s ascent in media coverage, so too will interracial dating. It’s something we should all be excited about. And I think we are.