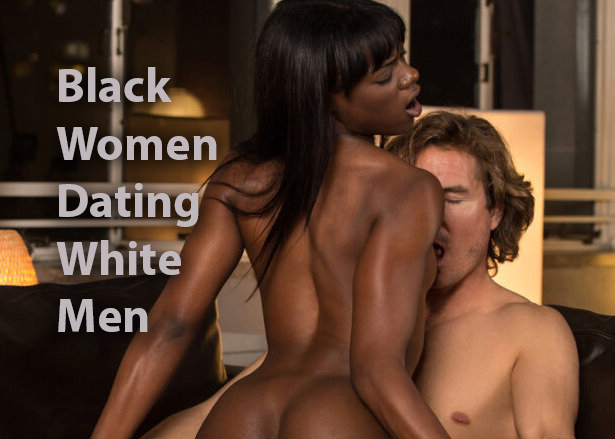 As Black Fuckbook proves, black women are seeking white men at growing rates. Each day, more and more white men flock to our dating app as a way to connect with sexy ebony singles.

Black women are finding love with white men. And that’s a big deal.

For years, we watched as black men dated white women in somewhat egregious fashion. I mean, hey, date who you want, but some black women felt a void when seeing the rise in interest for white women by their male counterparts.

Why should black men have all the fun?

Hint, they shouldn’t. As a black woman, you deserve to fuck the white man of your dreams.

The momentum is undeniable. For black women and white men, their moment has arrived.

So what are some of the challenges?

We don’t play the race card around here constantly because honestly, it’s a negative drag. The Black Fuckbook vibe is positive and mostly sunny days.

But that does not mean that some lingering discriminatory perspectives don’t remain. As a black woman dating a white man, you’ll not get off scot-free when it comes to being accepted. You’ll still collect a few looks if you go to dinner, or some smirks when you tell your girl pals about your white man sexual conquest.

In fact, some times, waiters or store clerks may just assume you aren’t together romantically or sexually.

Some of this depends on where you reside. Some cities and towns are more progressive than others. That’s a fact with most everything.

But that’s OK. Ignore it. You know what makes you happy.

Yep, some people may believe your white man doesn’t sexually please you as much as his black counterpart because its assumed he has a small dick.

But that’s not true.

Nope. Because myths are just that, myths.

Some May Question Your Blackness

It’s insane to consider, but a black woman dating a white man may get her blackness questioned.

Again, as we discussed earlier, black men triumphed over the interracial dating bias years ago. But black women continue to catch up.

It’s ridiculous that some feel black men can date whoever they choose, but black women must only date within their race.

But really consider that mindset. Would you honestly allow any of these people to hold you back from what you love?

Ah, the white guy you are dating. You never considered he’d be the issue, did you?

Being that you are a black woman and he is into you romantically and sexually, you considered him a safe space.

Sadly, that’s not always the case.

Some white men still have biases themselves. They may not realize that things they say matter. For example, they may question your “blackness” also, but it doesn’t come from a bad place. They are happy to be dating or having sex with you, but they themselves may not understand the culture of interracial dating. Again, they’ve seen black athletes with a white woman on their arms. So they are used to that side of things. But they maybe haven’t seen a lot of black women dating white men.

Your white male counterpart may experience more privilege than you. It may happen at a restaurant or at a meeting, but it will happen. And when it does, it is important to stay grounded. Unless your white male love interest is participating in ushering the privilege along, it’s important not to entirely blame him.

Though, that can be difficult as frustration can get the best of you.

The most important thing you can do is communicate with him on a reasonable level. Whether you two are just fucking each other, or more – Let him know how a situation made you feel. And this goes for all situations. The more you communicate, the better off you’ll both be. The better the sex will turn out.

Interracial relationships rely on solid communication. You must address issues as close to real-time as possible. Hash out issues when they are fresh to mind.

But don’t live for the negative. Don’t go places feeling you and your white man are a negative situation. Then you just expect and invite negativity. As a black woman, you are dating a white man because it’s what you want sexually and romantically. You can pave your own mental destiny. Enjoy and live for the moment!